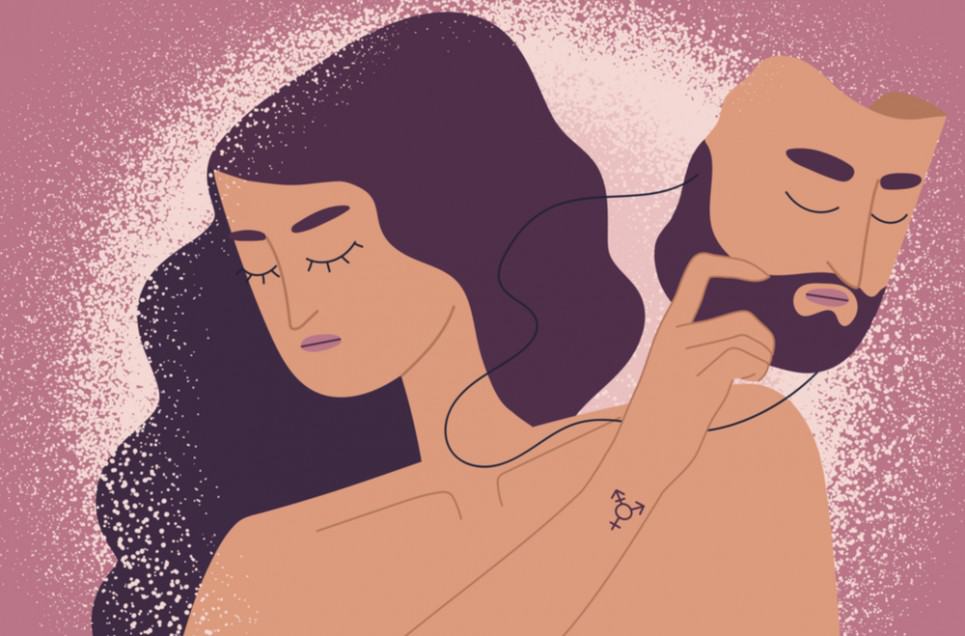 Normally, a gender reveal happens when a mother is pregnant. But when a 20-year old named Adrian Brown decided to come out to his mom, she came up with the idea of announcing her child’s gender to the world by setting up an adult gender reveal party. This is hilarious, and such a joyful way to announce the news. They ended up having a photoshoot to celebrate the occasion, which they posted on Instagram. Soon afterwards, this went viral, and ended up on the news.

Here’s what Adrian’s mom Heather said on her original Facebook post: “When your child comes out as trans, the best thing to do is create a photoshoot to celebrate the fact that he silently and bravely stepped out of the race that he never wanted to be in, found his own lane and proceeded to win. HAPPY 20TH BIRTHDAY, Adrian! You are without a doubt the most fascinating human I know and I will always be your biggest fan! I love you, I honor who you are and I respect your courage to be unapologetically you!! Let’s celebrate!!”

A Twitter user called PrettyBoyDrewP posted photos of their parent’s tattoos, and it went viral. He said,  “MY PARENTS GOT TRANS FLAGS TATTOOS TO REPRESENT THEIR TRANS SON (IE ME!!!) MY HEART IS BURSTING.” But it wasn’t always this great. “You wouldn’t believe how much we’ve grown as a family. When I started to come out, things were so horrible, we didn’t know how to communicate. I’m as proud of them as they are of me”

This is a great example of how your parents could start out as confused and unaccepting, but it still works out okay. For some people, the concept of being transgender is hard for them to wrap their head around. But with lots of love and communication, you can still repair relationships and find support.

7. Coming Out During a Class Project

During a college class presentation, students were asked to talk about what inspiration meant to them. A student named Benton Sorensen decided to be incredibly brave by coming out as trans to his class. He didn’t have to reveal himself, because he was very clearly scared to give the presentation. But he did anyway. This video has inspired others so much, it has over 2 million views on YouTube.

Benton has a YouTube channel called West Coast Elements where he shares some information about his life, including his transition journey. I encourage you to watch the video, and support his channel, especially if you’re currently going through your own transition journey.

6. This Professor Wrote an Open Letter, and it Went Viral

A professor named Amy J. Ko came out as transgender in her open letter, which they published on Medium. Originally, she was known as Andrew J. Ko, and needed a place to explain to the world that she was transitioning into a new identity.

Even if you don’t know Amy personally, this is still a really good read for anyone who is struggling to know how to talk to a transgendered person, or accept a trans person coming out. She really goes deep into details about society’s labels surrounding gender, and so much more. This open letter went viral, because it’s so well-written, and explains concepts incredibly well to help people understand what it’s like to be transgender.

5. From Jimmy to Jenny

One of the first transgender stories to make it onto national television was on the Oprah Winfrey Show. When Jenny was born as Jimmy, she spent her whole life trying to hide the fact that she was transgender. Falling in love and getting married was always a goal, because she wanted to prove to herself and others that she was “normal”.  She also felt that if someone loved her for who she is, everything would be okay. “Love would save me”. But what she realized being in a loving relationship didn’t make the feelings go away. So, after 10 years of marriage and children, Jenny came out, and began to transition. For a lot of people, learning that your spouse is the opposite gender can come as a shock, and it often leads to divorce. But not this time.

What’s beautiful about this story is that her wife, DeeDie, chose to stay married. She had this to say: “The reason why we’re still married is that she is the same person. It’s just a different body. And I think it’s hard to understand, unless you’re close to somebody, or have experienced this.” The prayers of being saved by love really did come true. Jenny wrote her own memoir about the experience called She’s Not There: A Life in Two Genders. I highly recommend it if you’re interested to know more about the story.

4. A 13-Year Old Boy Bravely Came Out to His Class

Earlier on this list, we already mentioned a female-to-male transgendered person coming out to their class. The first student was in college, buy this next one was only in the 6th grade! Yet another viral YouTube video came from a 13-year old boy named Tom. When entering the 6th grade, they wanted to let everyone in their class know about their transition. Tom is incredibly well-spoken, and seems like a future leader. He was open to any questions from his classmates. Judging based on the loud applause at the end, it seems like everyone is excited to welcome Tom to the class.

In some circumstances, it may be best to have a speech like this in school. Kids need to be educated to understand their friend’s transition, and it will help to normalize being transgender in society.

3. This Mom Made An Entire Documentary to Honor Her Trans Child

A woman named Vlada Knowlton was a true super-mom. She immigrated to the US as a child, earned her PhD, worked for Microsoft, and gave it up to go after her passion of filmmaking…All while raising 3 kids. When her youngest son was 4 years old, she started taking him to daycare. This is when she really took notice of how upset he was to be assigned as a male. He expressed feeling like a girl, and gravitated towards being female. From that moment forward, Vlada allowed her daughter to transition. She began wearing female clothes, and renamed herself “Anabelle”.

Vlada started to film their lives, as well as the controversy around the bathroom bills meant to protect transgendered people.  Now 5 years old, Anabelle seems far more happy and comfortable in her own skin. But as a mother, Vlada was terrified for her daughter’s future, as well as the futures of other trans people. So she made it into a documentary called The Most Dangerous Year to talk about the political issues surrounding the bathroom laws. This is one of the best coming out stories ever, because Anabelle’s transition was accepted at such an early age. Not only is her mom supporting her, but she is also trying to make the world a better place for her daughter to live in.

2. This Teen Came Out, And Made it On The News

A mother named Luchina Fisher found a note from her 11-year old son, “G”, that said, “Dear Mother and Father, can we move to a different country because I think I don’t want to be a boy lots of times … We’ll discuss later.” Luchina said that since G was only 2 years old, they knew that their son was identifying as female. But at age 11, this was the first time that G really expressed directly that they were feeling like they needed to escape with a new life in a new body. Luchina knew for years that it was true. She was mostly saddened for her child, knowing that she was so miserable in her body, she felt like moving to a new country to start over.

The family made a plan. Instead of moving or transferring G to a new school, they reached out to the superintendent, who trained the teachers. They also sent G- now “Gia”, to a girl’s summer camp so she could experience living as a girl for the first time. This made Gia incredibly happy. She was able to start middle school as her true self. They sent a letter to the entire school. The response was full of love. They received calls, emails, and texts all congratulating Gia on her transition. The response from the entire community was so loving, the story ended up on Good Morning America.

1. One of the Most Famous Coming Out Stories Recently

In January of 2020, a YouTuber called Nikkie Tutorials came out as transgender. She was being blackmailed by someone, threatening to expose her secret if she didn’t pay them. Instead of giving in to their demands, she decided to come out online of her own accord. In the video, she explained that she knew she was female from an early age. Her mother allowed her to get on hormone treatments at such a young age, she can easily pass as being female to the point where no one has ever questioned her gender. The video now has 37 million views.

This story started out as a bad one. But Nikkie took her power back. She didn’t allow the fear to stop her from being true to herself. And by coming out, she inspired so many people. Since releasing the video, she was accepted with open arms, and was interviewed around the world to share her story.