The Many Uses of Baking Soda Can Make Life Easier 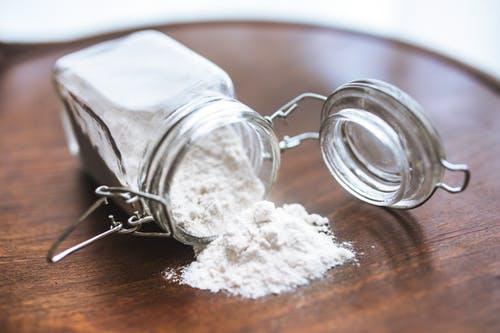 We always look for ways to streamline things to make our lives better. Whether it is using automated products or items that can simplify tasks, we tend to seek assistance from anything and possibly everything to make things easier for us.

Have you heard of baking soda? Probably a million times on a regular. In this article, you will get to know more about this fantastic chemical component that has instantly become a part of our households.

If you think baking soda is just and kitchen ingredient that is used for baking cakes and giving them nice fluff, then you have been underestimating this chemical component all your life. It is an alkaline powder. There’s a long story behind baking soda, becoming a popular household staple that it is today. Back in 1846, there were two brothers-in-law, John Dwight and Dr. Austin Church. They came together to distribute baking soda.

The baking soda that was made in Dwight’s kitchen was given the name Arm & Hammer Church & Co’s bicarbonate soda. The sole aim of the company was to showcase the versatility of the ingredient and its benefits in daily life. By 1860 Arm & Hammer started distributing cookbooks that contained the recipes for cakes, bread, puddings, and more with the use of baking soda. Among all of their rewards and recognition, Arms & Hammer were featured in a women’s magazine in 1920 for their efforts to popularize such a great ingredient. According to the records, by 1972, people started utilizing baking soda in their daily lives and began stashing boxes in their refrigerator.

Baking soda works as a chemical leavener when it is used in baking. It produces carbon dioxide reacting with acids to create bubbles that help in making the cake tender, fluffy ad moist. Understanding the prominence of baking soda in baking and other cooking endeavors, people started to adopt baking soda widely and made it a part of their daily lives. The credit goes to the Arms & Hammer Co. who took the initiative to bring this fantastic ingredient into mainstream households.

The Journal of Chemical Education in 1927 stated that baking soda could be used to prevent common symptoms of a cold by maintaining the alkaline balance in the body. With the doses of sodium bicarbonate with quantities of iodine and calcimine, the symptoms of cold can be treated. There’s no doubt in asserting that baking soda has antibacterial properties, and it can also alter the bacterial vulnerability to antibiotics by targeting the proton force.