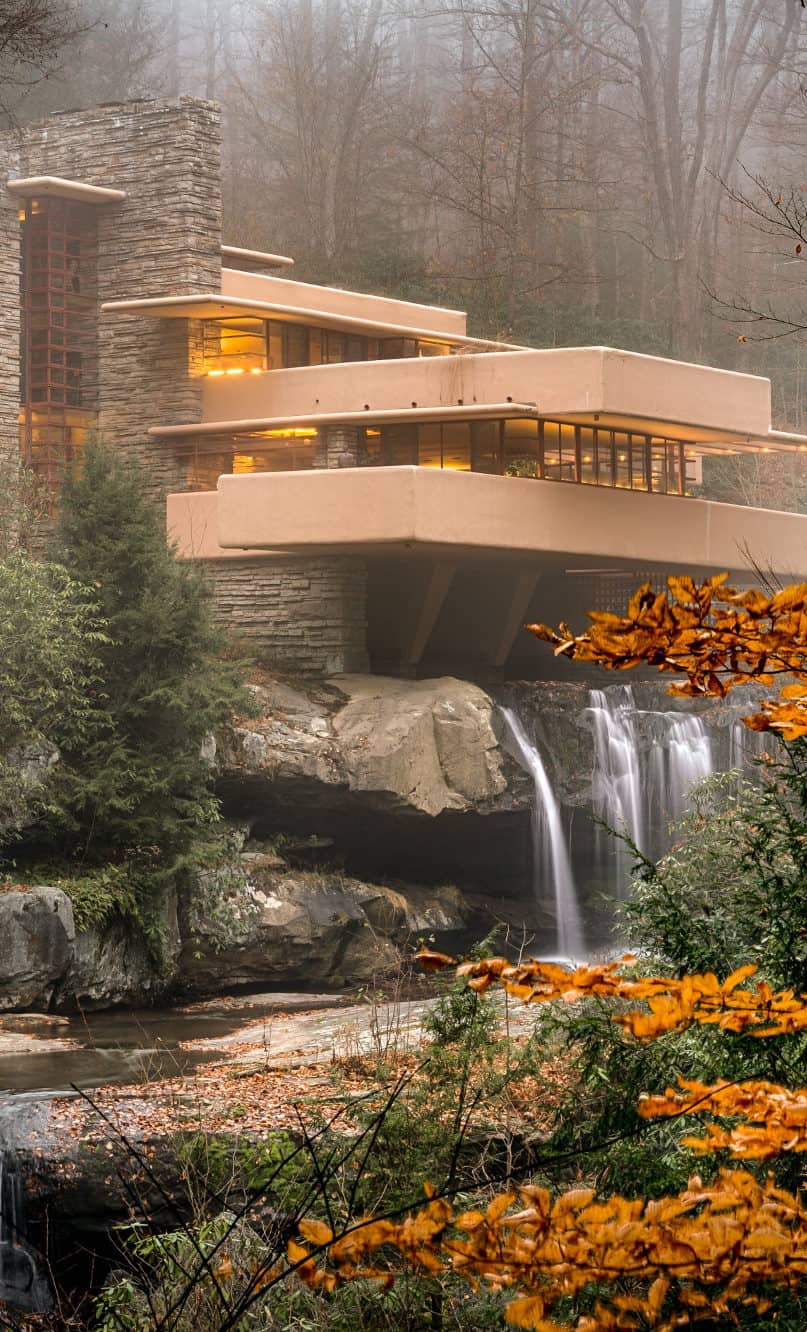 When most people think of American architecture, they think of Frank Lloyd Wright. Throughout his 70-year career, Wright designed over 1,000 structures and saw 532 being completed. His design philosophy centered around organic architecture. He believed in his compositions being in harmony with the environment. Wright is most known for being the pioneer of the Prairie School architecture movement as well as developing the Usonian home concept.

Frank Lloyd Wright designed homes, hotels, schools, skyscrapers, churches, and more. He is known for creating every aspect of a home, including the interior elements, furniture, and glass. He was named “the greatest American architect of all time” by the American Institute of Architects in 1991. Throughout the United States, there is a wealth of stunning architecture designed by the influential Frank Lloyd Wright. Read on to learn more about some of his most notable structures. The best part about these beautiful homes? Most of them are open for tours!

Known for being the only Frank Lloyd Wright-designed house in Oregon, the Gordon House was designed in 1957 and completed in 1963, four years after Wright’s death. This house was the final structure in Wright’s Usonian series, in which homes were designed to be affordable for the average working class American with an annual income of 5,000 at the time.

The Gordon House is located in Silverton, Oregon, and is approximately 2,133 feet. In the living room, it has gorgeous 12-foot floor to ceiling windows and glass French doors. Wright’s signature horizontal designs connect the interior and exterior spaces. There are two bedrooms on the second story of the home, and each of them has its own private balcony. Wright’s traditional use of wood fretwork is present as well as the construction of cedar wood and painted cinder blocks. In September 2004, the Gordon House was entered into the National Register of Historic Places.