Amazing Architecture that Can Only be Fully Appreciated from Above 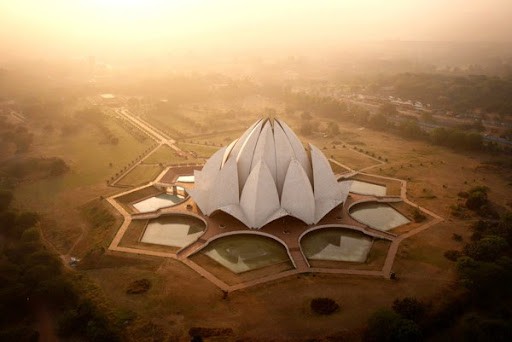 1. The biggest tribute to love through architecture.

When we talk about fantastic home architecture, hands down, the one that we can think is the most impressive (and expensive) is the Taj Mahal in Agra, India. Considered one of the New Seven Wonders of the World in 2007 and part of the UNESCO World Heritage Site, this mausoleum is one of the most well-known structures on the planet. Being the symbol of India’s rich history, it is one of the most visited places with around 8 million visitors every year. The story behind this building is one of heartache and a tribute to love in the most expensive way possible.

Shah Jahan commissioned the building to tribute his wife, Mumtaz Mahal. She passed away while giving birth to their 14th child. His grief was so much that he wanted to make the most lavishing mausoleum he could afford. Experts believe that it cost around 32 million rupees to complete, which with inflation, it be approximately 70 billion rupees in 2020. Likewise, that is about 1 billion US dollars. Construction started in 1632. They completed the main building in 1643. However, it took ten more years to finish its surroundings and the rest of the complex. Shah Jahan passed away in 1666. His body lay with his wife, where they reside to this day.