Why Love is Blind Japan is Better Than The US Version 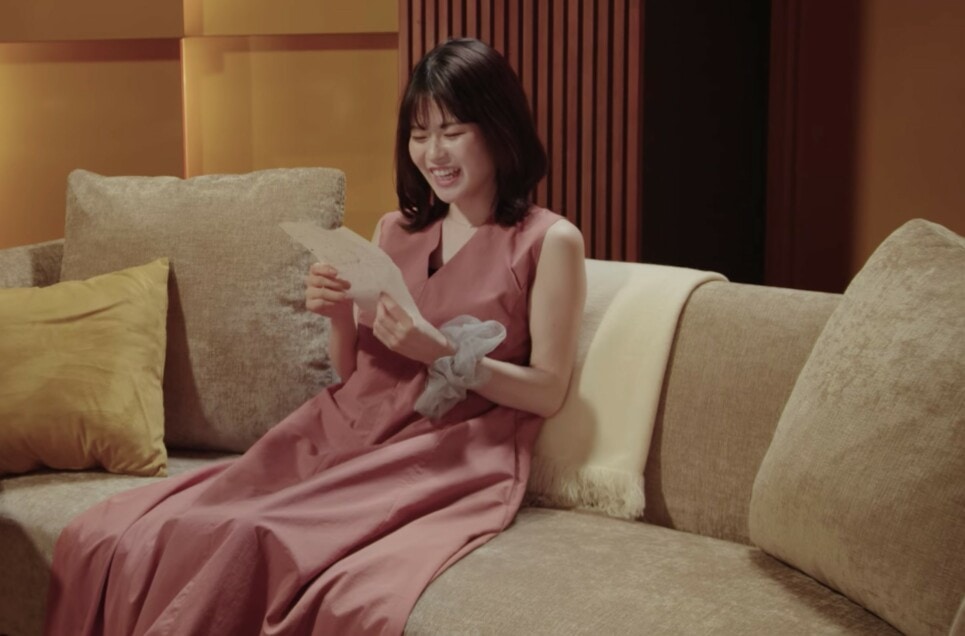 19. The Moon is Better Than the Blue Wall

Let’s face it, the entire set of Love is Blind Japan is better than the American version. And that includes “The Moon”, which is the focal point of the pod. In the American version, it’s this weird blue wall. If given the choice of what you were going to stare at for hours at a time, I’d definitely choose “The Moon”.

18. There is an Older Age Range, Which Means More Maturity

One of the issues that came up in the original season of Love is Blind is that two of the characters had a wide age gap. But in Love is Blind Japan, there are far more people over 30 years old. One man, Shuntaro, is actually 56 years old. Sure, there are still a few characters in their 20’s, but it’s actually rare to see someone who is that young. Considering that it’s a TV show about marriage, that really shouldn’t be surprising, since the average age men get married in Japan is 31 years old.

In the American version of Love is Blind, nearly everyone was so attractive, they could get a modeling contract. It was next to impossible for anyone to feel disappointed in the looks department, no matter who they chose. But in Love is Blind Japan, one of the men describes himself as “half gorilla half chimpanzee”, and the girl accepts him for who he is instead of what he looks like.

16. There is Far Less Drama

If you’re looking for cat fights and drama, then the Japanese version of the show isn’t for you. In the American version, we saw a lot of drama coming from the contestants. But here, most of the people just earnestly want to fall in love. And they’re not trying to hurt anyone else in the process. Even when there are two women who are pining after the same man, they’re still supportive of one another when they come out of the pods. It’s really wholesome, mature, and drama-free. (However, the drama starts to ramp up once you get past episode 6.)

You can tell the creators cared a lot about storytelling more than any American reality TV show. They come in with the beautiful camera angles, background music, lighting, and so much more. You’re made to feel a lot of romantic emotions when you hear two people talking to one another on the show.

On the outside of the pods, there is a long hallway of trees. It gives you the impression that they’re walking in off the street. In Japanese home design, they almost always make sure to incorporate nature into their architecture, so that totally makes sense. There is something a lot more fresh and open about using the trees in the background, compared to the bare hallways we see in the American version of the show.

13. They Write Old Fashioned Love Letters to Each Other

Who said old fashioned romance is dead? One of the best things on this show is that the contestants write each other love notes. Sometimes, the spoken word is not enough to express how you really feel on the inside. Or, you might want to say something privately to the person you’re dating since all of those cameras are around. This never happens in the American version, since people seem pretty comfortable just blurting everything out loud.

The contestants on the show spend a lot of time analyzing one another’s personalities. In the American version of the show, people spend a lot more time thinking about hobbies, career, and how much fun they might have with the other person. While that does get taken into account in the Japanese version of the show, we get to hear a lot of really deep analysis from both men and women about one another. It really makes you stop and think about your own personality and how your words and actions affect others.

Maybe this isn’t the content that we asked for, but it’s the content that we needed. In the first episode of Love is Blind Japan, we see a lot of the people working out together. We don’t really see this in the first season of the American version of the show. But they do decide to include it in season 2. I don’t know what it is about seeing people work out, but it just gives a more realistic look into what these people are doing during down time.

10. They Include Divorced People in the Cast

In the original season of the American Love is Blind, no one on the show had ever been married before. But in Love is Blind Japan, you have more than one divorcee, and even someone whose girlfriend passed away. This is far more realistic when dating in the general population. In Japan, 1.8 out of every 1,000 people will be divorced. It also gives credit to the experiment that the show is based on. If someone who was married before still feels confident enough to go through with the engagement, it must mean that they actually do fall in love just (if not more) than a couple who meets face-to-face.

Overall, the soundtrack of the show is great on its own. But we’re treated to the original songs of one of the contestants who is a singer-songwriter. Even a comedian comes in with his own original song on the guitar, as well. This was refreshing, because the American version of Love is Blind had a guitar on set just in case anyone wanted to play it, but no one actually did. Not to mention, the singer-songwriter has the voice of an angel.

During the very first proposal on the show, you see that there is a massive amount of roses. I honestly thought that this is going to be the standard for every proposal on the show. However, it seems like it’s up to the guy to pay for the roses. So sometimes you’ll get an entire bouquet, or a singular rose for a proposal. Either way, if you see your rose, it means a proposal is coming.

7. The Love Bridge is Beyond Gorgeous

One of the most beautiful features on The Love is Blind Japan set is their love bridge. This Japanese style bridge is suspended over water with Gorgeous cherry blossoms everywhere. In the American version of the show, people walk down a red carpet in a hallway that is anything but romantic. It makes so much sense to make the first place that someone meets their romantic partner to be a beautiful place, right? Take notes, America!

6. You Learn a Lot About Japanese Culture

One of the great things about this show is that you can learn a lot about Japanese culture. If you pay attention, you’ll see some of the societal differences and similarities Japan has with this rest of the world. There is an analysis by a YouTuber called Cyber Bunny who explains the in-depth background information that you might not even realize as an American viewer. For example, what did they mean by “an old-fashioned Kyushu man”? She goes into detail to answer that question and a lot more about Japanese culture that we see on the show.

5. They say “Thank You” During Proposals

Something I find hilarious as an American is that everyone on this show says “thank you” when they receive a proposal. “Yes, thank you very much.”  I have never once heard someone say “thank you” during a proposal here in the United States. But it’s actually very nice for a couple to thank one another for choosing them to be the person they spend the rest of their life with.

4. The Pods Have Mailboxes

One of the biggest improvements in the design of the Japanese pods is that there is a mailbox! Contestants in Love is Blind Japan can bring each other snacks, books, and so much more. All they need to do is place the item into the mail compartment on the wall, and give it a little knock to let the other person know it’s ready to pick up. Technically, they could peek on one another’s faces if they both look into the mailbox, but no one seems to have broken that rule.

3. The Youngest Guy is One of the Most Mature

The youngest contestant, Yudai, is just 23 years old. But he gets straight to the point when it comes to serious topics in marriage that might tear some couples apart. For example, he asked about finances and sharing bills. He’s popular with a number of women who are in their 30’s, and it’s easy to see why.

This next part is a bit of a spoiler. But one of the best female proposals was done by Midori, who came up with an entire business presentation to convince Wataru that they belong together. You can tell that if she could have made a powerpoint presentation, she would have. Since they both come from a business background, it makes sense that it sparked something in Wataru that made him realize it was time to propose to Midori.

1. They’re More Respectful of One Another

Overall, the Japanese version of Love is Blind is far more respectful than the American version. This is totally a part of Japanese culture. For example, people are using honorifics such as “san” to the people they’re talking to, even though they have known one another for a while. Even if that goes over your head as an American, it’s clear to see that everyone respects one another, and isn’t there to create drama. There is one particular moment when Midori and Priya hug one another, even though they’re both going after the same man! That’s true respect right there.