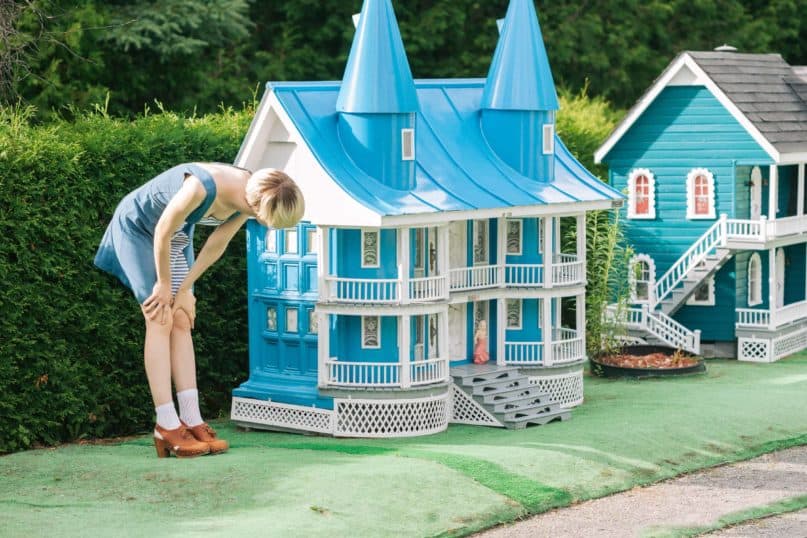 Part of the American Dream is owning a home with a big back yard for your kids to play in. Most middle-class parents might make the effort to install a swing set, or even trying to build a treehouse. But the rich and famous take this one step further to build epic tree houses and playhouses that cost a small fortune. Here are 30 examples of some outrageously expensive playhouses.

Many people have grown up reading the Harry Potter books, and it has therefore become a huge part of their childhood. After bringing so much joy to children around the world, it would only make sense that J.K. Rowling would want her own kids to have a magical experience as well. The billionaire author moved to Edinburgh, Scotland, and she had to petition for permission from The City of Edinburgh Council  to build a playground castle on her property. At the time, Rowling’s two children were 9 and 7 years old, which was the perfect age to appreciate such a wonderful gift.

Each of the towers of this castle were 40 feet tall, and the playhouse was complete with trap doors, a swing set, trampoline, and more. We can only show the architect’s 3D renderings of the castle playground, because J.K. Rowling never allowed cameras into her home for a tour. The total cost to build this playground was $387,000, and it was built by Blue Forest Limited. This wasn’t her first time requesting permission from the local council, either. Rowling’s own mansion cost $3.1 million, and she also purchased the property next door. She tore down the neighboring $1.5 million to have a large garden. So, technically, if she had not purchased the additional land, she may not have been able to fit the playhouse in the first place. All together, the cost of the project would be closer to $1.9 million.