Pampering Self Care Sunday Ideas To Try This Weekend 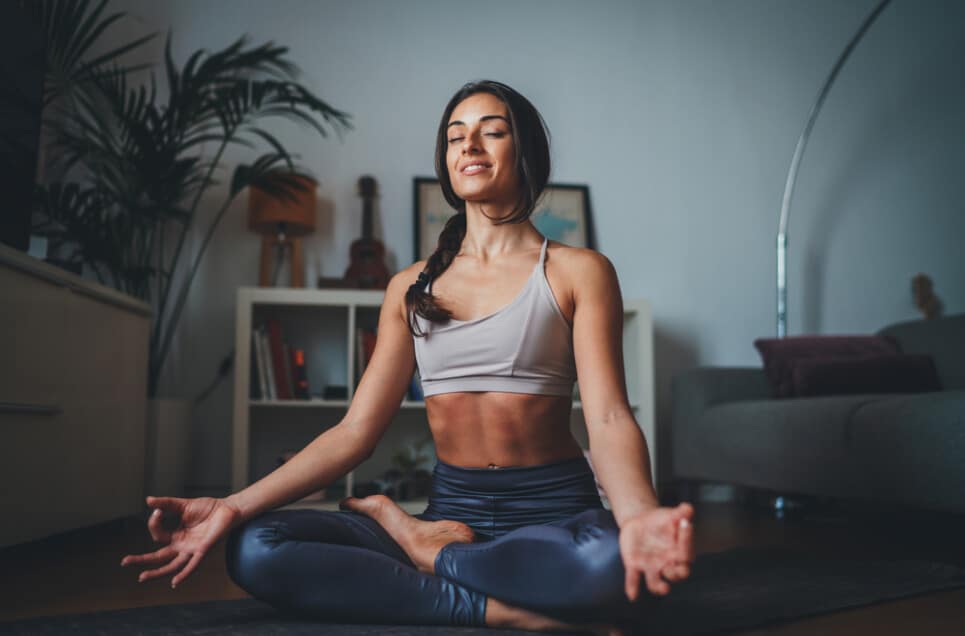 Self care is all about taking care of yourself, and that includes getting your hair done. If it’s been a while since someone has managed your long locks, it may be a good idea to let someone start snipping away at your split ends. The more you get your hair managed by a professional, the healthier it will grow. And a luxurious hair appointment leaves you feeling refreshed and confident.

If you don’t want to cut your hair, you can give yourself a pampering hair mask instead. This will help eliminate tangles and improve the overall quality of your hair. These masks can be purchased from the store, or you can make your own using common household ingredients. One mask that’s easy to make on your own is by mashing up an avocado, and adding a little bit of olive oil. Slather this all over your hair, and let it sit for at least 30 minutes. Then wash it out in the shower.

11. Play a Board Game With Friends and Family

Who says Self Care Sunday needs to be all about you? It’s a chance for you to also have fun by spending time with family and friends. Playing board games can be a lot of fun, and a huge stress relief for you. Consider inviting your friends over for a game night with drinks and snacks. By the end of the night filled with laughter, you might find that your mood is significantly improved.

If you have kids, they can be an opportunity for them to learn as well as have fun with you. For younger children, they can learn colors, letters, and reading skills. Most board games also have some sort of math that you need in order to keep score. Even in older kids, board games can help them with strategy and decision-making. According to a clinical psychologist named Beatrice Tauber Prior, Psy.D, board games can help develop a child’s frontal lobes

Many people find it relaxing or beneficial to use essential oils. In case you don’t know, essential oils are made from distilling plants down to their pure essence, so that their aromatic chemicals are combined with a carrier oil. For example, it takes thousands of rose petals to make one small bottle of rose essential oil. Just a few drops of essential oil in a diffuser can bring the scent throughout your home as a form or aromatherapy.

There is some debate as to whether essential oils actually provide any health benefits. According to Healthline, the chemicals from the oil can be absorbed through the skin. So whatever benefits it may have, you’ll get something out of it. But you should never ingest the oil like some people suggest on the Internet. So before you go crazy buying oils to cure what ails you, make sure you proceed with a grain of salt. They’re not likely to cure any diseases. But they do help with aromatherapy.

9. Listen to a Podcast

A great way to spend your time on a Sunday is to listen to podcasts. In case you don’t know, a podcast is an audio recording where two or more people talk to one another. Sometimes, there is also music and sound effects. They can be a great distraction, or an educational experience. But mostly, it’s just a great way to listen to people having an interesting conversation. There are podcasts on almost any topic in the world, from science to politics to romance novels.

Podcasts are great to listen to when you’re in the middle of cleaning or driving somewhere. The more podcasts you listen to, the more topics you’ll have to bring up in conversation with friends and family. If you’re interested in listening, we recommend starting out with the Joe Rogan Podcast.

Sometimes when you take a day off for self care, it can be a good idea to take a leisurely walk. Maybe take a walk in the park to admire nature, or even walk through your favorite mall for some window shopping. If you have a dog, they would most likely love to join you if you decided to go for a long hike somewhere for a few hours at a time.

Running is also great for both your mental and physical health. Studies have shown that if you get in the habit of running, you can lower your risk of death by 27%. It slows down the process of aging, and extends your lifespan. It doesn’t matter how much or how little you run, either. So long as you try to run at all, it’s still going to help you live longer.

7. Give Yourself a Glow-Up

Sometimes, we just want to feel attractive. Putting on makeup isn’t always a way to hide our flaws or true faces from everyone else. It can be an act of self-care. Sometimes, we don’t have the time or patience to put on a full face of makeup before we go to work. You could just be putting on the bare minimum to look acceptable out in public. But on Self Care Sunday, you can really go all out with whatever makeup look you want.

If you like to watch beauty gurus on YouTube, this might be a good time for you to try to replicate one of their makeup looks. Maybe you’ll want to try a winged eyeliner for the first time, or experiment with dark and sultry eyeshadows. Since it’s your day off, you don’t have to worry about any judgement from your boss or coworkers. You can look as outlandish as you want, so don’t be afraid to go all out.

If you’re spending an entire day taking care of yourself, consider calling a friend to see what they’re up to. Simply by talking and staying in touch with your friends, you’re benefiting from socialization. Even the Mayo Clinic talks about how important friendship is for your mental health and to enrich your life.

After you call your friend, you may want to progress to hanging out and spending time with them. This can also be another great way to spend your Self Care Sunday. Remember that even as you get older, it’s important to maintain your friendships. It becomes more and more difficult as people move away, get married, or have children. But if you have at least one good friend, you should consider yourself lucky.

5. Make a Vision Board

A vision board is a poster or digital board that represents all of your future hopes and dreams. Usually, this is achieved by cutting images out of magazines, or printing them from the internet. Use glue sticks to paste the images and words onto a poster board. Making a vision board can help you keep track of your goals. When you see your goals visually in front of you, it makes them more real.

Many people believe that creating a vision board is an essential step in “the law of attraction”. This is the belief that you receive back the energy of whatever you put out into the universe. Even Oprah Winfrey recommends making a vision board as part of your manifestation practice. If you don’t feel like making a craft, you can make a digital vision board instead. Pinterest is a great place to gather photographs of inspiration.

Earlier on this list, we mentioned sleeping in on a Sunday to catch up on sleep. The same can be said about going to bed early. Instead of staying up late watching movies, consider getting to bed around 9PM. If you sleep earlier, you’re far less likely to end up with a bad case of the “Mondays”.

According to the Sleep Foundation, there is a very clear link between sleep and job performance. This leads to a loss of focus, attention, and vigilance. And according to the CDC, one third of Americans are getting less than 6 hour of sleep per night. This means that millions of people are incredibly sleepy, and not doing so well once they go back to work. Obviously, this can be prevented by simply going to sleep early on Sunday night, and sticking to the good habit throughout the rest of your week.

3. Pick Out Your Clothes For the Week Ahead

Sunday is a good day for you to get organized for the rest of the week. While it may be a little bit of work up-front for you to pick out your outfits, you’ll be so grateful the next morning. In the early morning hours, you don’t necessarily make the best fashion choices! By picking out your outfits ahead of time, you can try things on and make sure they work together. You can go throughout the rest of your week feeling confident knowing that you look great.

Not only will this help you save time in the morning, but it also helps you prepare for the events in the week ahead. Maybe you have an important business meeting one day, or a casual day at the gym the next. By laying everything out, you get a sense of your week and can mentally prepare for what’s coming. If you begin doing this, you’ll be in good company. Former President Barack Obama is one of the many successful people who picks out his outfits for the week on a Sunday night.

If you have a bicycle, Self Care Sunday might just be a good excuse to get your wheels out on the road. Whether it’s a leisurely ride around your local neighborhood or riding a mountain bike through a hiking trail, biking can be a great pastime. Some people even enjoy going long distances on a road bike, or they want to join a local race.

Bicycle riding is good for you because it can help with weight management, leg strength, and a core workout. This can also help with your balance, and help to manage any medical conditions that you might have. It’s a great workout for beginners, even if you’re not a very athletic person. Bicycle riding is even good for your mental health.

Last but not least, you can enjoy a day of self care by doing some gardening. There are some people who consider gardening to be a huge chore. So if this sounds like you, it may be one of the last things you would imagine doing on a self care day. But if you genuinely enjoy gardening as a leisurely pastime, this could be a contender for Self Care Sunday.

Being outside tends to boost your mood, and there is a lot of satisfaction that comes out of seeing a well maintained garden once it’s complete. Gardening helps give you exposure to vitamin D, and you can actually absorb minerals and nutrients from putting your hands in the soil. According to one study, physical activities like gardening could decrease the odds of getting dementia by as much as 36%.