Pro Secrets For Saving Double at the Thrift Shop 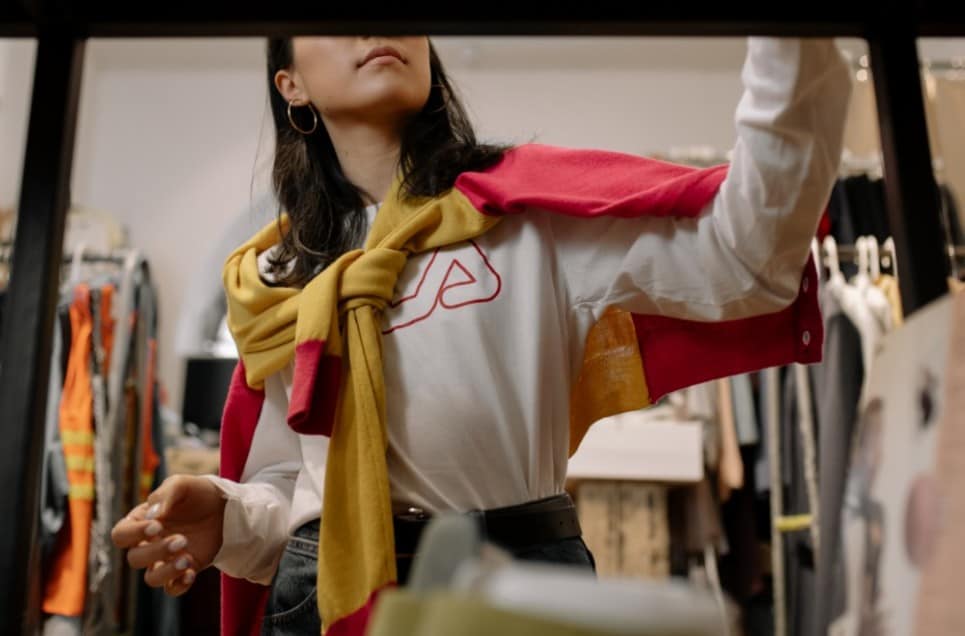 7. Be Careful Not to Overpay For Items at the Thrift Shop You Can Get Cheaper Somewhere Else

One of the most common mistakes that I see people make when they buy things from a thrift store is that they assume that they are getting the cheapest price possible. In reality, the prices of the objects being put on the shelves are being made up by the employees. Sometimes a manager will intervene, but most of the time it’s a guessing game. There have been multiple occasions where I walked into a thrift store and saw an object selling for more than what it was actually worth. Even Dollar Tree items had been marked up to $2 to $3, and people bought them anyway.

I’ll never forget the time when I went to the Goodwill Outlet and a woman was filling her cart with plastic clothing hangers. She was excited, and said that she couldn’t believe that no one else was going after these hangers, too. In her mind, she found a goldmine, since everything was $1 per pound. When I told her that she could buy 5 plastic hangers for $1 at the Dollar Tree, her face dropped. She realized that she had made a mistake, but she went ahead and bought them anyway. In reality, she overpaid for something used she could get brand new somewhere else.

One of the best ways to save money at a thrift stop is to take advantage of the good deals when you see them. The moments I regret the most about thrift shopping are when I did not jump on the opportunity to buy something. Even though my gut was telling me that it was a good deal, I hesitated and thought that I might come back later. Every single time, that thing was gone by the time I came back the next day.

Sometimes, it’s good to listen to your intuition and follow through with buying something. (Unless you have a problem with shopping addiction or hoarding.) Unlike regular stores, most items in thrift stores only have one thing in stock, and then they’re gone forever. If you regret your purchase, you can always return it or sell it online later. Most items you find at a thrift shop are under $10 anyway, and it’s not going to make or break you financially.

5. The Charity Shop’s Cause Matters

Here in the United States, most of our thrift stores are not outwardly associated with a charity. And even if they are, most people don’t know what the cause is. Most of the shops actually do put money towards a charity, even if people don’t realize what it is. For example, Goodwill puts their money towards employing people with special needs and disabilities. And most people don’t realize that The Salvation Army is actually a religious organization. But in the more affluent areas, we do have hospital charity shops or the Jewish Women’s League. From my personal experience, the American version of charity shops tend to have better stuff, and better prices. These charity shops are staffed by volunteers who are more interested in raising money for charity than making profits for the store.

In the UK and most parts of Europe, they have charity shops instead of thrift stores. Depending on the cause they are raising money for, they might have better donations coming through. According to a study, the British Heart Foundation was the most popular charity shop in the UK with Oxfam and Cancer Research UK coming next in line. When you look at the list of charity shops in the UK, it’s clear to see that people want to donate to heart disease research the most. This is likely because they had someone in their family who was affected by it. So if you have more people donating and shopping there, it’s likely to have the best stuff available.

Believe it or not, thrift stores frequently give things away for free. This happens for a few reasons. There might be an item that is borderline unsellable, but they don’t want to throw it away. Or, it could be something that has been sitting in the store for so long, it’s taking up too much space. Another reason could be that the store received an abundance of cheap items that they’re never going to get rid of.

These free items might be at the front desk, or they could be at the front of the store on a nice day. Ask the manager of the store if they ever give out free items, and how you could go about getting them. My local thrift shop frequently tries to give away furniture for free. Like I said, these pieces often have some kind of defect, and will need a bit of TLC before they are usable. But this is still a great deal for someone on a tight budget. Also check out the Craigslist free section.

Sometimes, the best advice for saving money at the thrift stop is simply go to a different location. The prices are usually dictated by the owner or the manager of the store. This can be drastically different depending on where you go. For example, at my local Goodwill, men’s neckties were $1 each no matter what brands or condition they were in. But I traveled to a different Goodwill location, and they wanted as much as $12 per necktie. The price difference was absolutely ridiculous.

It turns out that at some stores, the manager will go on eBay to see how much that item was selling for online and price it that way. Obviously, this is not a great deal for you as a customer. They are going to make you pay near-retail price of these things that should be cheaper, since you’re at a thrift store. So if you go to a store where the manager has literally printed out an eBay listing to show people how much something costs, don’t bother. You’re likely not going to get a good deal. Simply visit a different thrift shop or antique store.

2. Bring a Friend as a Second Set of Eyes

Whenever you go to a thrift store, flea market, or yard sale, it’s always a good idea for you to bring a friend. There is so much inventory packed into a small space, it can be difficult to spot everything. It’s kind of like looking at one of those I Spy books. Most people are not taking the time to look through every single object on a shelf. For one thing, they don’t want to take up the space for too long, because it means that you aren’t giving other customers a chance.

So if you have a friend with you, they are the second set of eyes to help you look for those amazing deals. Before you go inside of a thrift store, make a game plan. Communicate on the items that you are looking for. If one person finds what the other person is looking for, all the better. Teamwork makes the dream work. Hopefully your friend isn’t competing with you on the same items, though. In most cases, you should be able to find someone to shop with who won’t take your deals away from you.

1. Visit Your Local Thrift Shop as Often as Possible

Last but not least, you are more likely to find a good deal at your thrift store if you are shopping there often. If you only go to a thrift shop once a month on the weekend, it’s likely that you’re not going to find a good deal at all. In fact, a lot of the best deals happen in the middle of the work week or in the morning hours when most people are busy. Take some time to ask the employees when the slowest or the best time is for you to come in.

Now that more people are working from home, it may be possible for you to have flexible hours during your work day. Many bosses don’t care when you get the work done, as long as it’s finished by the deadline. So if it’s possible for you to go to a thrift shop on your lunch break, you should seriously consider it. For a lot of people, this seems like too much of a hassle to do. However, the people who make the effort are the ones finding the best discounts.